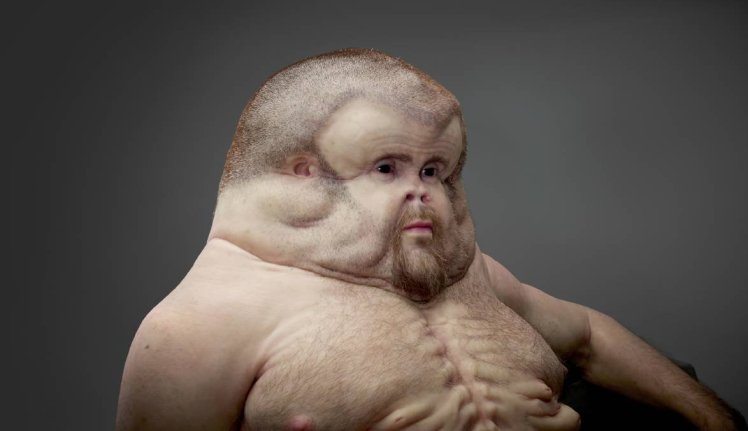 The new of face of Victoria police’s road safety campaign is one that is bound to stick in the memory.

With a huge skull, no neck and massive ribs, ‘Graham’ might not be pretty to look at but he can survive a high-speed crash.

His huge chest and extra nipples are designed to act like air bags, while his fat face provides padding for his nose and ears.

But his peculiar features aren’t just deigned to protect him inside a car but also if he is struck as a pedestrian.

His knees can bend in more than one direction while his legs are strong enough to propel him above oncoming cars. 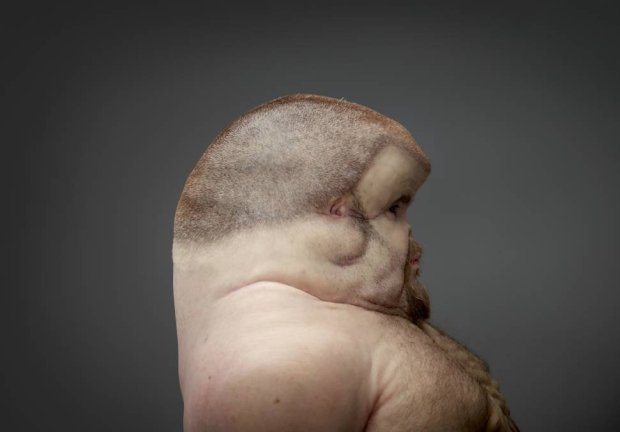 Graham, who is made out of fibreglass, silicone and human hair, was the brainchild of artist Patricia Piccinini and Melbourne Hospital trauma surgeon, Christian Kenfield.

Dr Kenfield said; ‘The head has a much bigger skull so it acts like a bicycle helmet. Graham actually has no neck, he has no cervical spine that can be fractured in a whiplash injury. These ribs are super ribs absorbing much more of the force. 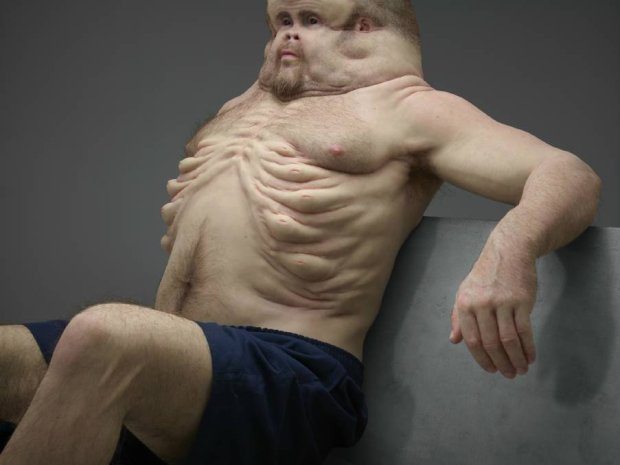 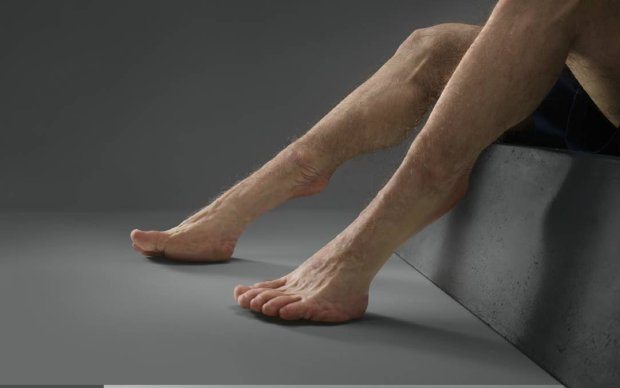 He told the MailOnline: ‘The dangers of even low speeds such as 25,30, 35 kilometres an hour is quite great.

‘The most significant part of body for injury is the head. So as the head stops the brain actually keeps moving forward, smashing against the front part of the skull and then bouncing backwards and getting an injury on the back of the head as well.’

‘He’s not patronising, he’s not imposing, he’s open to us and the eyes are where the work is. It’s where you can really connect with him and empathize. If he was aggressive or belligerent or sort of patronising we wouldn’t be able to do that.’.

The design will travel with the message: ‘You haven’t got what I’ve got and if you drive safely, you won’t need it’.

Arsonist Accidentally Setting Himself on Fire

Woman Had 2 Kids With Boy She Met at a Park

This Man Raped His Girlfriend’s Baby Until She Died. Now People Want Him To...