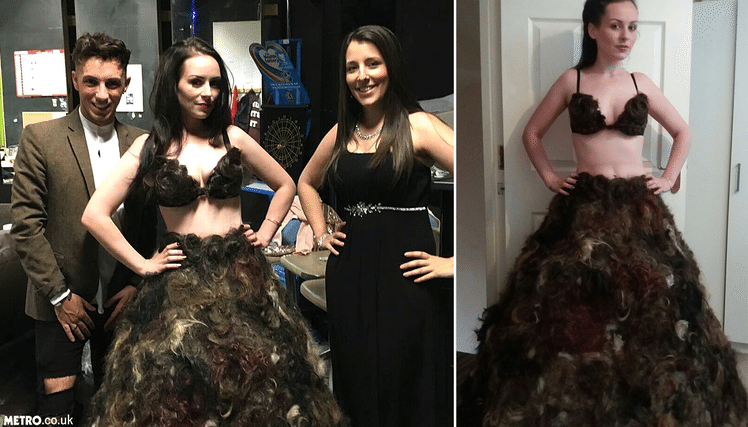 Thinking about what to wear for that summer wedding?
What about this dress, lovingly created from reels and reels of human pubic hair?

Sarah Louise Bryan put out an appeal on social media for people to donate their natural tresses so she could craft them into a bra and full length skirt set.

And… well, we like to think that we’re openminded, but… Good lord. Think about how itchy it would be. And we sincerely hope all of that material had a wash.

Here’s the full thing, in all its top to toe glory: 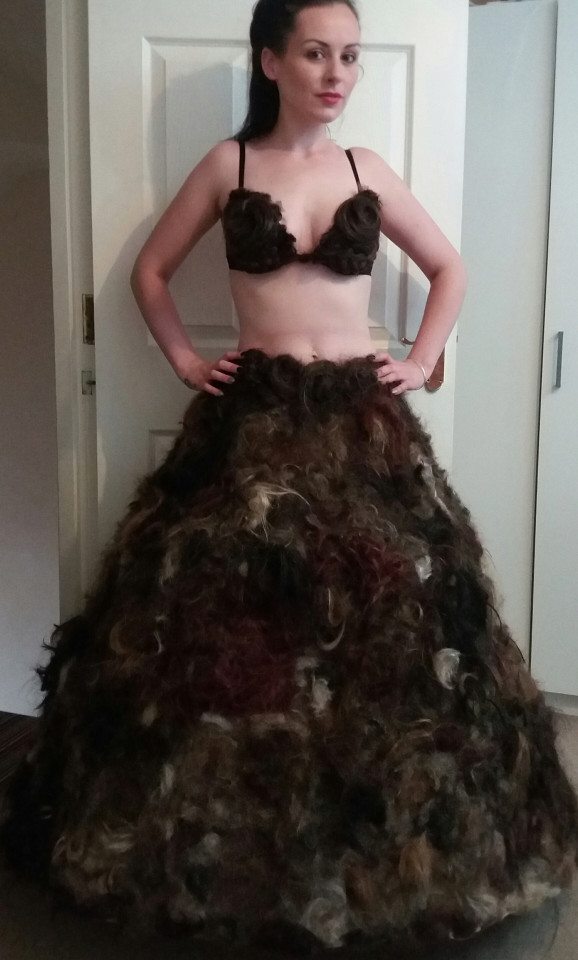 Mother of two Sarah, a former beautician, said she was inspired by Lady Gaga’s infamous ‘meat’ dress – but wanted to create something even more disgusting.

The 28-year-old had to wear gloves and a mask to put the creation together, pointing out that few people want to risk inhaling other people’s pubes.

It is not her first taste of fame for her unusual dresses. Remember the Skittles dress she created, made from 3,000 of the sweets?

You’d probably rather try that one on, given the choice!

We’re not sure what her next trick will be, but earlier today she put out a tweet asking for ‘sperm donations to use as the glue for my new design’.

Then there was also this hint dropped on her Facebook page….

Man stands under loose sign for two days hoping it’ll fall on him so...