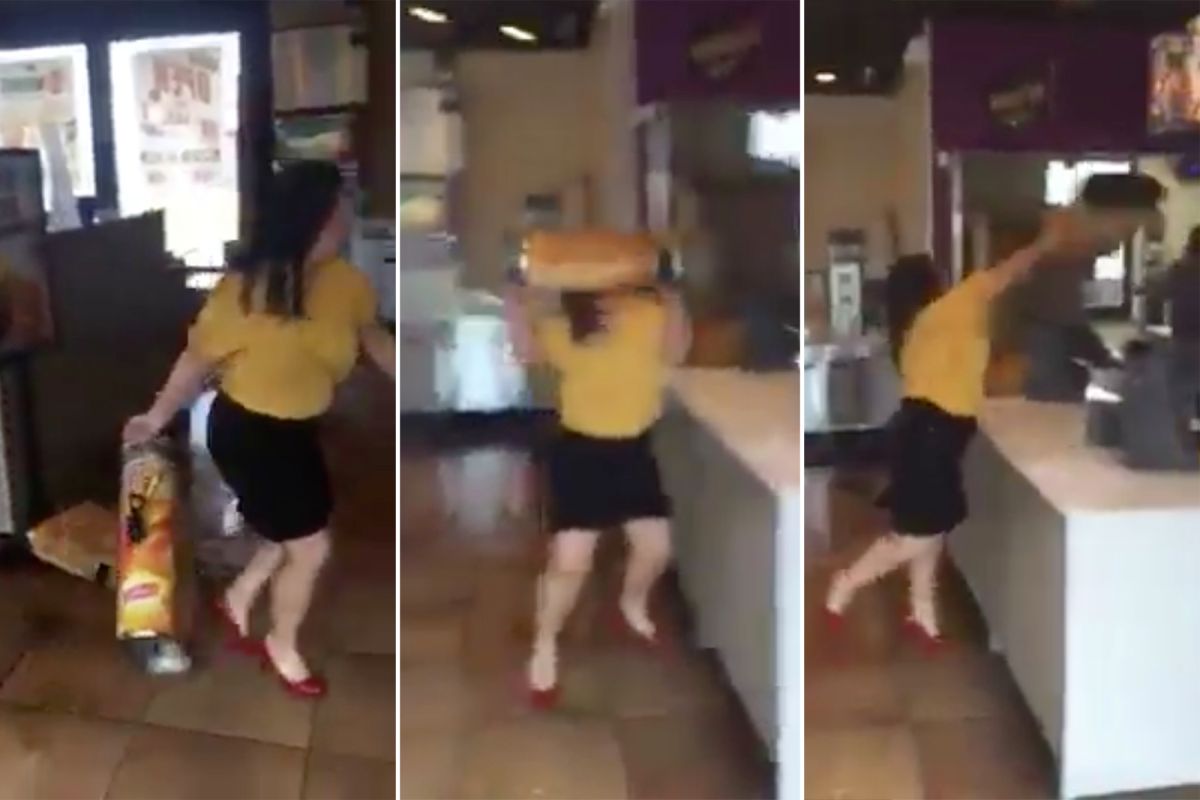 Dramatic cellphone video captures a wild blowout between a manager of a Texas Taco Bell and an ex-worker.

The irate former employee, identified as Margarita, can be seen at the opening of the 6-minute Facebook clip pouring tea out of a large dispenser all around the eatery, and then flinging the canister at the manager.

“How old are you, little girl,” the woman says to the manager, identified as Arturo, according to the clip.

The man, who claims to be the assistant manager in the video, then appears to toss a drink dispenser back at the woman.

As the woman walks behind the store counter, the manager shouts, “Your mother is about to get knocked out!”

“Tiny a—little b–ch,” says the woman’s son, who can be seen on the video.

At that point, the manager takes off his shirt in an attempt to fight the former employee’s 17-year-old son.

“What’s up, b—ch! I’ll fight you, b—ch … do something, b—ch!” the manager shouts at the woman, who is holding a spatula.

Police finally arrive and can be seen cuffing the woman, as the shirtless manager tells the officers: “She was fired … She’s here to pick up her last check … I’m the manager.”

The woman’s son was also seen on the ground in the parking lot being cuffed.

It was unclear what sparked the argument.

An employee at the Taco Bell confirmed to ABC-affiliate KSAT-TV that the incident happened at the Converse, Texas, location.

The video was posted to Facebook over the weekend.

Guy attempts to eat an IN N OUT 50X50 burger on Facebook LIVE!

Why some people love “PIMPLE POPPING” VIDEOS? This is NASTY!

Chilling texts from girl who ‘encouraged boyfriend to kill himself’