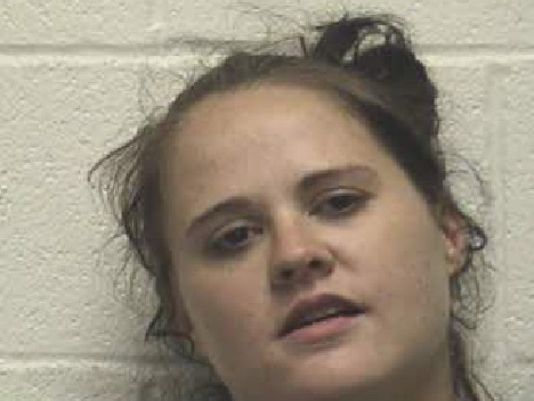 A Greenbrier woman is facing multiple charges after police said she stole a wallet from the body of a man who died in a wreck near her home last week and used his credit card to buy beer, cigarettes and other items at a nearby convenience store.

Brittney McCoy, 26, is charged with theft, burglary, tampering with evidence and the fraudulent use of a credit card, according to a news release issued by Greenbrier Police on Friday.

She was arrested Thursday, July 7 and booked into Robertson County Jail on $37,000 bond.

She gave Clinard’s identification to responding officers when they arrived at the scene of the crash, Greenbrier Police Chief K.D. Smith said Friday.

“She claimed she found it lying by a tree,” the chief said. “To my knowledge, she didn’t try to help the victim. Another gentleman, the second person on the scene, was the one who called for help. He tried to care for the gentleman in the car, hold his head up and help all he could until the paramedics got there.”

Investigators believe McCoy took Clinard’s wallet before the other person arrived on the scene, while Clinard was incapacitated, police said. They also think others may have been involved and are continuing their investigation into that possibility, the Friday release noted.

A pistol is also missing from the crash scene, and investigators are looking into that as well, Smith said.

He added that he’s never seen anything like what happened last week during his 30-year career in law enforcement.

“She (McCoy) actually left the scene, purchased a soft drink with the victim’s card, brought [that drink] back to the scene and gave it to the victim’s daughter, who was on the scene,” the chief said. “I’ve never seen anything this devastating. She had a total disregard for the deceased individual and his family.”

Greenbrier Police were tipped off to McCoy’s actions by members of Clinard’s family, Smith said. When the wallet was not found at the scene, the family called Clinard’s bank and they were informed about McCoy’s purchases, the chief said.

Once investigators were notified, they obtained surveillance video of McCoy making the purchases, Smith said.

“We spoke to her, interviewed her, and she showed no sign of any kind of remorse,” the chief said.

Clinard was driving north on Highway 41 near Greenridge Apartments at about 3 p.m. on July 1 when his truck crossed two lanes of traffic, struck a grass embankment and went airborne before it came to rest in a section of trees along the road, police said in a prior interview.

He was declared dead at the scene.

Authorities are not sure what caused the wreck, and the investigation into the circumstances surrounding it are continuing.

Thieves may have saved dog’s life while stealing laptop

Bully Knock Out After Intimidating Victim in Middle of Class