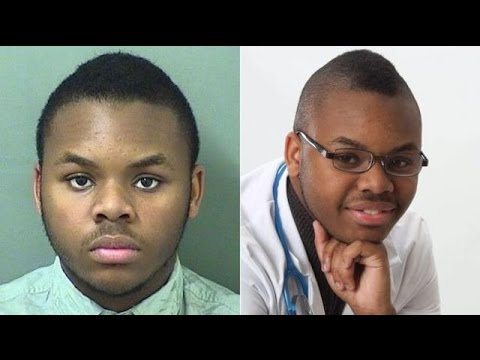 Malachi Love-Robinson got arrested this time because of an attempt to use a fraudulent credit card.

Earlier this year, 19-year-old Malachi Love-Robinson made the news when he was arrested for pretending to be a medical doctor. He is back in the news because he has been arrested again.

However, his recent arrest is unrelated to his fake medical profession. The Florida teen was arrested in Stafford, Virginia for using a fraudulent credit card in an attempt to buy cars from a used car dealership.

He was arrested in February 2015 for practicing medicine without a license after pretending to be a medical doctor and opening his own medical center in Florida. He also was accused of stealing money from an 86-year-old patient.

Investigators said he went to a woman’s house five times after she contacted him online to treat her for stomach pains. He told her she suffered from arthritis and sold her vitamins. The fake doctor charged her $3,494 for the vitamins. Love-Robinson claims he has a doctorate from the Universal Life Church. The degree is sold online for $29.95.

The teen was arrested Friday after attempting to purchase two luxury cars. Employees at Kargar Motors Car Dealership in Stafford, Virginia  were suspicious after he tried to buy a vehicle for himself and one for his godmother.

He had used her name as a co-signer on the loan application. The police arrested the teenager on fraud charges when his elderly godmother said she had not given him permission to use her credit card. He was handcuffed and led out of the car dealership by Stafford County Sheriff’s deputies.

He was charged with identity theft and other fraud offenses for trying to purchase a $35,000 Jaguar and a $26,000 Lexus. Using the woman’s credit card earlier, he had purchased two iPads.

Police took the iPads from him when he was arrested. The teen is being held without bond in the Rappahannock Regional Jail for this recent #Crime. His trial on charges of practicing medicine without a license has been delayed until November. His attorney is considering a possible insanity defense.

Woman Goes Crazy On Guy Who Just Wants A Refund