The prosecutors under fire for an alleged Indiana rapist’s lenient plea deal have defended their actions, saying that their case against the former fraternity brother was “frustrating.”

Enochs was charged in September with attacking a fellow student at his Delta Tau Delta frat house last April, an accusation that brought similar charges stemming from another alleged victim’s 2013 encounter with him.

The student was linked to the 2015 attack by DNA evidence, however Monroe County said on Monday that the evidence was “problematic and made it impossible for us to prove that the defendant was the cause of her injury.”

Prosecutors also drew attention to the fact that their deal with Enochs had him plead guilty to felony battery, though the battery charge was lowered to a misdemeanor as Judge Marc Kellams sentenced Enochs to a year of probation.

The original felony rape charges could have landed him in prison for 16 years.

Many social media users blasted the punishment as a “slap on the wrist” and the case gained national attention similar to the outrage surrounding the light sentence of Brock Turner, a former Stanford student expected to serve three months in jail for sexual assault. 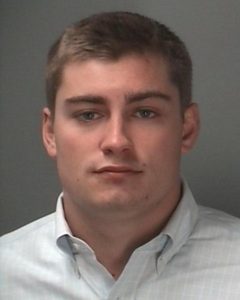 In Monday’s statement, prosecutors said that didn’t believe they would be able to get a rape conviction in either of the two cases, but decided to “pursue accountability” with the plea deal.

The family of the 2015 victim was let down by the case’s outcome, attorney Jeff Herman, who represents the 2015 victim in a civil suit against Indiana University and Delta Tau Delta, told the Daily News on Monday. 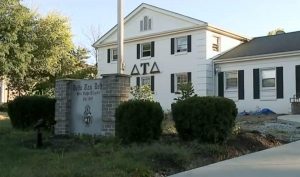 “My client was disappointed in what happened with the plea deal. If they were going to do a plea deal he probably should have done jail time,” the New York and Florida-based lawyer said, adding that the defendant’s guilty plea does recognize that a crime was committed.

While court records show that Enochs spent only one day in jail during his trip through the court system, Herman said that his client “has a life sentence.”

He said that the victim was not consulted about the plea deal and didn’t learn of it until after the fact.

The student, who no longer attends IU, and her family are looking for what could be millions in damages from their civil suit, which alleges that the university and fraternity allowed and created an environment that fostered sexual assault. 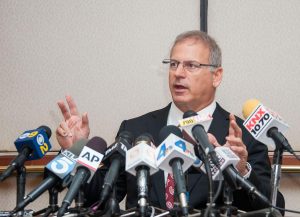 In addition to speaking about the 2015 incident, prosecutors also seemingly placed part of the blame on the victim of the 2013 attack, saying that he “had no specific recollection of the events” and that the investigation was hindered by her decision to wait two years to go to authorities.

Enochs’ team also issued a statement on Monday, telling WRTV that the former business student, who has also left the Bloomington school, is “profoundly sorry for his lack of judgement” in the battery charge.

However, defense attorney Kitty Liell also blasted the prosecution, saying “As the Monroe County prosecutors’ office has acknowledged through their voluntary dismissal of the rape charges, John Enochs did not rape anyone and he should never have been charged with these offenses.”

“Rather, due to the misconduct of the lead investigator who presented false and misleading evidence in her public probable cause affidavit – and failed to provide the Court with exculpatory evidence – John Enochs was charged with crimes he did not commit.”

Florida Man Arrested for Beating and Threatening to Feed 8 Year Old Boy to...

Mother pulls out a GUN on a barber who is ‘taking too long’ to...