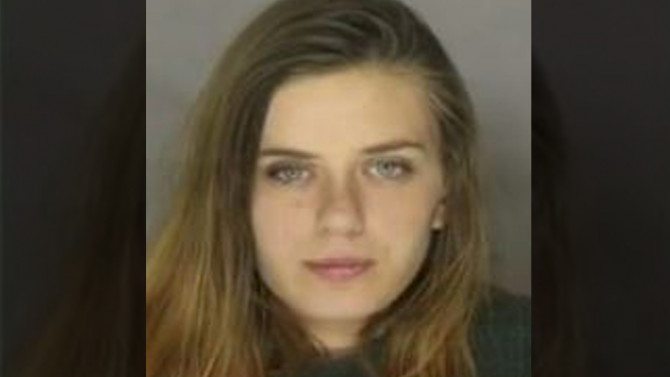 A mother has been charged with child endangerment and multiple drug offenses after a police officer reportedly found her passed out from heroin  in a car with her baby in the back seat.

Police told WPXI that they found Alyssa Bazala, 25, unconsious behind the wheel at a Speedway gas station in Pennsylvania.

According to reports, a customer told the officer that a car was running and its doors were locked around 3 a.m. Thursday. The officer spotted Bazala in the front seat “in a daze” with a 1-year-old in the back seat.

Police said they started pounding on the windows to wake her up and, according to reports, Bazala had “poor motor skills and seemed confused.”

Police told WPXI it took Bazala a full minute to unlock the door, and when police opened the door, they saw she was holding on to a Crown Royal bag.

She told police there was “nothing good” in the bag. When they opened it, they found several empty heroin stamp bags and a hypodermic needle, according to reports.

The baby was taken to a nearby hospital and is now in the care of his grandmother.

Guy Puts Hands On A Cop Trying To Arrest Him and Makes Him Take...

MAN KILLS FRIEND AFTER THEIR BALLS TOUCH DURING A THREE-SOME