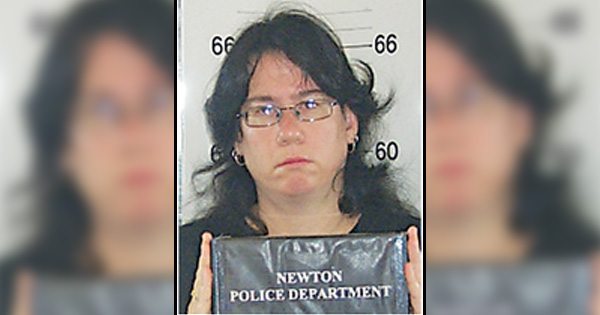 An Iowa mother has been arrested on child endangerment charges after police discovered her 12-year-old daughter was pregnant with a grown man’s child.

37-year-old Tina M. Durant, from Newton, was taken into custody Friday after police were told she allowed her then-11-year-old daughter to sleep in the same bed as a 24-year-old man.

Due to the nature of the crime, the Associated Press has not released the girl’s name, but Durant allegedly ignored several comments from witnesses who tried to tell her about her 12-year-old’s sexual relationship with the older man.

The man, Jacob White, is described as a family friend, but police claim the young girl tried to tell her mother multiple times that she felt White’s behavior toward her was becoming increasingly inappropriate.

According to police, the mother did nothing to stop White’s abuse against her daughter, and instead turned a blind eye to their relationship.

“During the investigation several witnesses were identified who had lived in the same residence and observed the 11-year-old victim sleeping in the same bed with the 23-year old,” the police report stated. “Witnesses indicated that they addressed it with the victim’s mother, Tina Durant, who refused to take action.”

She never notified law enforcement, the Department of Human Services, or even attempted to keep White away from her daughter.

However, according to White’s arrest report, the victim’s parents claimed to contact police after discovering inappropriate Facebook messages between the man and the girl.

When a recent doctor’s visit revealed that the girl was pregnant, she allegedly turned to her mother and said, “I tried to tell you several times,” according to a police report obtained by Newton Daily News.

White is now facing third-degree sexual abuse charges for impregnating the 12-year-old. Police say he had sex with the girl at least once in April and May, but the mother took no action to stop him.

But Durant says there’s more to the story than people think. “I told them everything that I said and what went on and they still won’t believe me,” she told WHO-TV outside her home.

The mother’s neighbors told WHO-TV that they were not totally shocked by the allegations because men were often coming and going from her home at all hours of the day.

“Yeah I mean she has all kinds of people going in and out all the time. Then they had a bunch of pit bulls over there but they disappeared. You never know what’s going on over there,” said neighbor Gordon Jones.

The woman is currently out of jail, but she has been ordered not to have any contact with her daughter. Her next court appearance is scheduled for September 9.

Paramedic Puts on Ebola Biohazard Suit to Protect Himself from Skunk

What Was Supposed To Be Friends Going For A Jog, Quickly Turned Into A...

She’s tired of her boss asking for sexual favors so she puts him on...