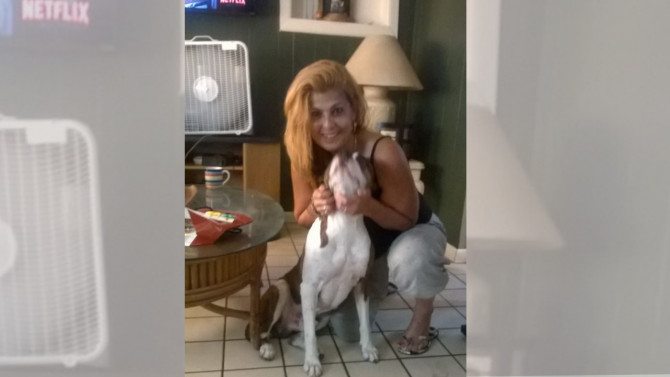 Three people were injured by their own dog that savagely attacked his owners after they tried to dress him in a Christmas sweater in Florida Friday, police said.

The dog, a pit bull mix, was reportedly angered when 52-year-old Brenda Guerrero of Tampa tried to put him in the sweater and he began mauling her.

Guerrero’s husband, Ismael Guerrero, tried to rescue his wife from the attack, and that’s when the pit bull, Scarface, began attacking him as well, according to reports.

The couple’s son, 22-year-old Antoine Harris, stabbed the dog in the neck and head in an attempt to stop the dog, and all three were able to escape when the pit bull turned on Harris, police said.

Animal Control responded, shooting the pooch with both a tranquilizer gun and a Taser before taking him away.

Brenda Guerrero was taken to the hospital with severe, but non-life-threatening injuries.

Both her husband and Harris were injured but the severity is unclear.

Video shows woman SIT on man’s feet when he wouldn’t take them off train...