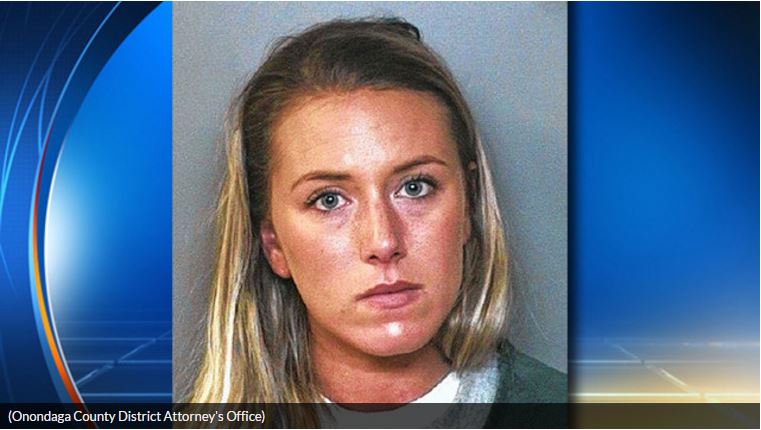 FULTON, N.Y. – A nurse has surrendered her license after pleading guilty to taking photos of the penis of an unconscious male patient.

Syracuse.com reports that Kristen Johnson, 27, surrendered her license Monday after agreeing to a plea deal on a misdemeanor charge of disseminating of unlawful surveillance photos.

Turning in her license was part of Johnson’s plea agreement.  Johnson also did not contest a charge that she practiced nursing with moral unfitness.

Johnson, who took the pictures as an employee of Upstate University Hospital in 2014, was arrested in May 2015 after a lengthy investigation.

The New York Daily News says the Onondaga County District Attorney’s Office began its investigation after Johnson’ co-workers reported that she had texted the photos to others.

Johnson will also be required to spend three years on probation.

3 yr-old almost loses toes after game at the beach – now his mom...

Mom texted video of dead toddler during fight with dad

Mom Comes Home To Find Giant Blisters All Over Baby’s Feet. That’s When She...