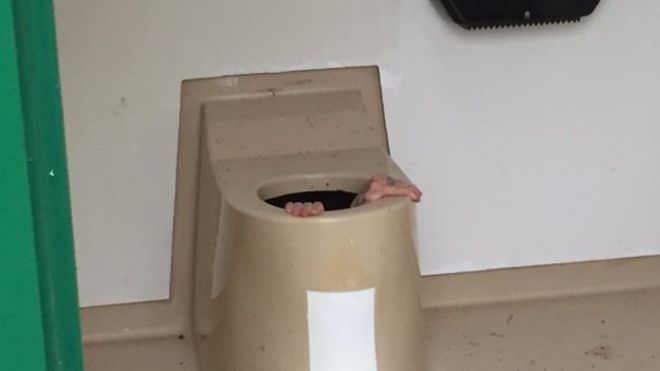 Firefighters in Norway have pulled a man from the inside of a toilet after he lowered himself in to retrieve a friend’s phone and became stuck in the tank below.

Cato Berntsen Larsen climbed feet-first into the public facility after his friend dropped the phone while urinating.

Mr Berntsen Larsen said he had volunteered to enter the tank, which is not connected to the sewer and which is only emptied once a season.

The 20-year-old became sick as he stood thigh-deep in its contents, and had to spend an hour completely enclosed in the small area.

“I panicked because I hate confined spaces,” he told Norwegian newspaper VG.

“It was damn disgusting – the worst I have experienced. There were animals down there too.”

To make matters worse, Mr Berntsen Larsen quickly threw up after entering the tank, which was standing room only. 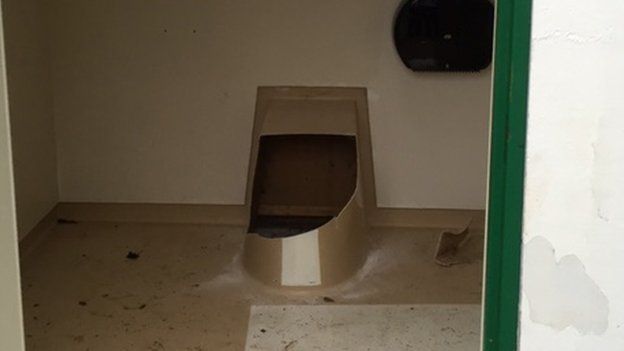 The unfortunate turn of events had begun when Mr Berntsen Larsen’s friend shouted for help to get his phone back.

“I did not think twice,” Mr Berntsen Larsen said about his decision to go in.

But the amateur diver immediately realised he was stuck. He later described himself as “apparently thin enough to go down but not thin enough to come up again”.

Firefighters were forced to destroy the toilet, which is now out of service.

Mr Berntsen Larsen sustained injuries to his upper arms and said he believed he had been bitten several times. He was treated at hospital and given antibiotics.

He was not successful in retrieving the phone.