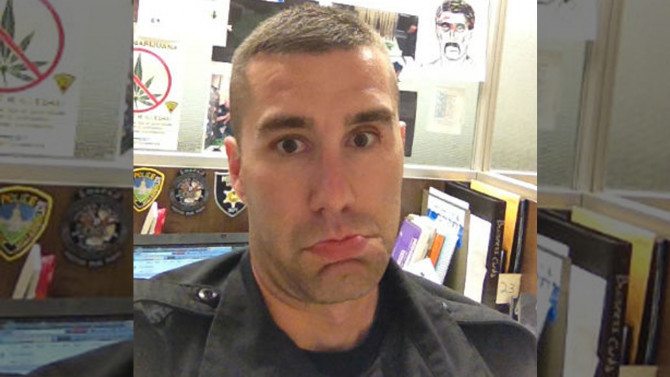 Bo Williams was elected Roane County Sheriff in November and his first day on the job was Sunday. On Tuesday, a magistrate court said Williams has been charged with grand larceny.

The charge stems from alleged incidents between October 7, 2016 and November 24, 2016 when state police believe the sheriff took about $1,000 worth of the powerful stimulant from the Spencer Police Department’s evidence room while he was an officer with the agency.

According to the criminal complaint, Spencer’s police chief says he found bags of methamphetamine with case numbers matching missing evidence in Williams’ desk and patrol car.

According to WOWK, Spencer Police Chief Greg Nichols said Williams denied involvement at first, but then admitted to stealing the evidence, and divulged that he’d been using methamphetamine for over a year.

Following the investigation, Williams was placed on administrative leave before he resigned on December 28.

However, after being sworn in as sheriff this past weekend, Williams took office Sunday. He was arrested Tuesday and subsequently freed on a $50,000 property bond.

Williams’ initial appearance was before a magistrate in neighboring Calhoun County after two magistrates in Roane County recused themselves.

A preliminary hearing has been set for January 11.

Half a Million Dollars Worth of Cocaine Found Inside Car Driven by Mom With...