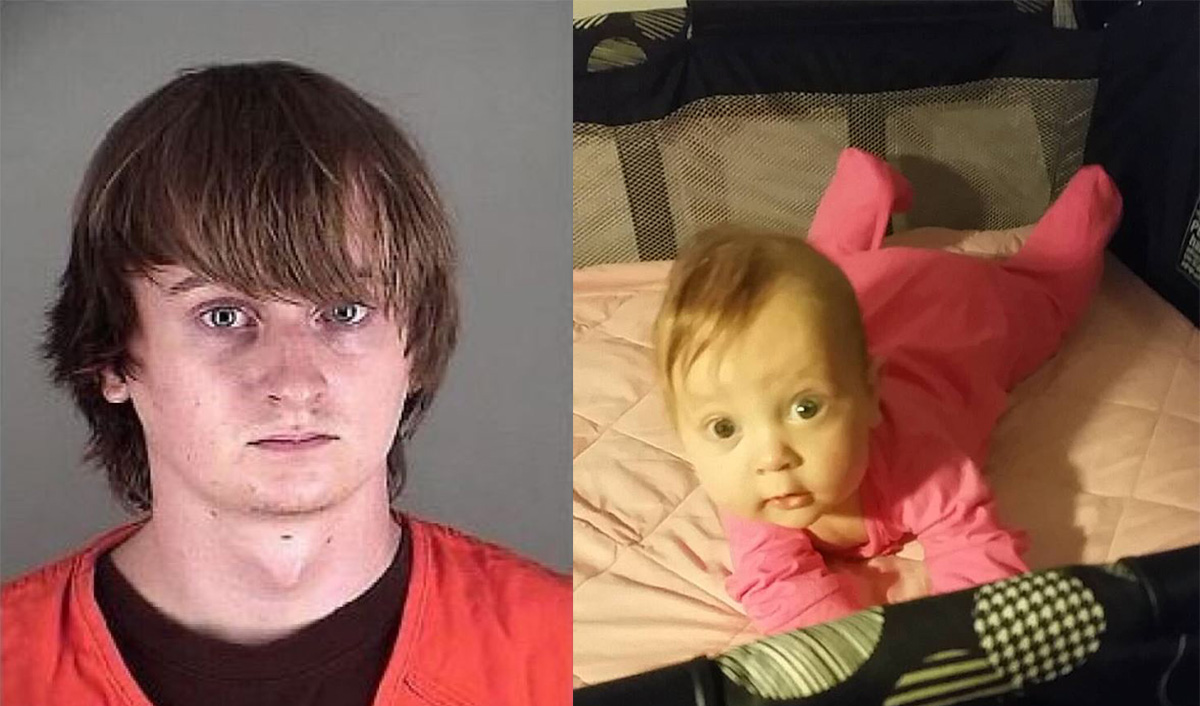 A father beat his four-month-old daughter to death to stop her ‘baby talk’ while he was watching TV.

Cory Morris, a 21-year-old man from Minneapolis in the US, punched the infant 22 times in the face and chest on August 13.

He has now been charged with second-degree murder. According to Fox News, he allegedly told first responders on the scene that he was responsible for the girl’s death.

The girl started to make some noises – which Morris described as baby talk in police interviews. He then took her out of her swing and placed her on a changing table in her room.

She kept making noises, he said, to to quieten her down he started to punch her.

Morris reportedly struck her with a closed fist 15 times in the face and then seven times in the chest. According to police, he then squeezed her chest with both hands.

She was later pronounced dead.

Emersyn was only 4 months old, her dad, Cory Morris, is charged with punching her to death pic.twitter.com/t7mlaI68rM

‘After he did this, [Morris] called both his mother and his wife and said, “I did something bad,” but didn’t tell them what he actually did,’ Hennepin County Attorney Mike Freeman said.

‘Family members have suggested there may be mental health issues here. These will need to be evaluated during the course of this case.’

When firefighters arrived on the scene, they found baby Emersyn ‘lying in a pool of blood’ according to a probable-cause statement seen by the Washington Post.

There was, it added, ‘blood spatter all over the wall and floor’.

Morris’s ‘clothing, hands and arms were covered in dried blood and officers observed swelling to his right hand,’ it continued.

His bail has been set at $2million.

Man gets prison for biting head off girlfriend’s puppy

4-Year-Old Complains Of Nasty Smell At School, Then Mom Finds Porta-Potties In The Hallway

15 MOST HILARIOUS WALMART MOM FAILS EVER

FOOTAGE RELEASED OF THREE TIGERS MAULING A MAN TO DEATH AFTER HE CLIMBS INTO...