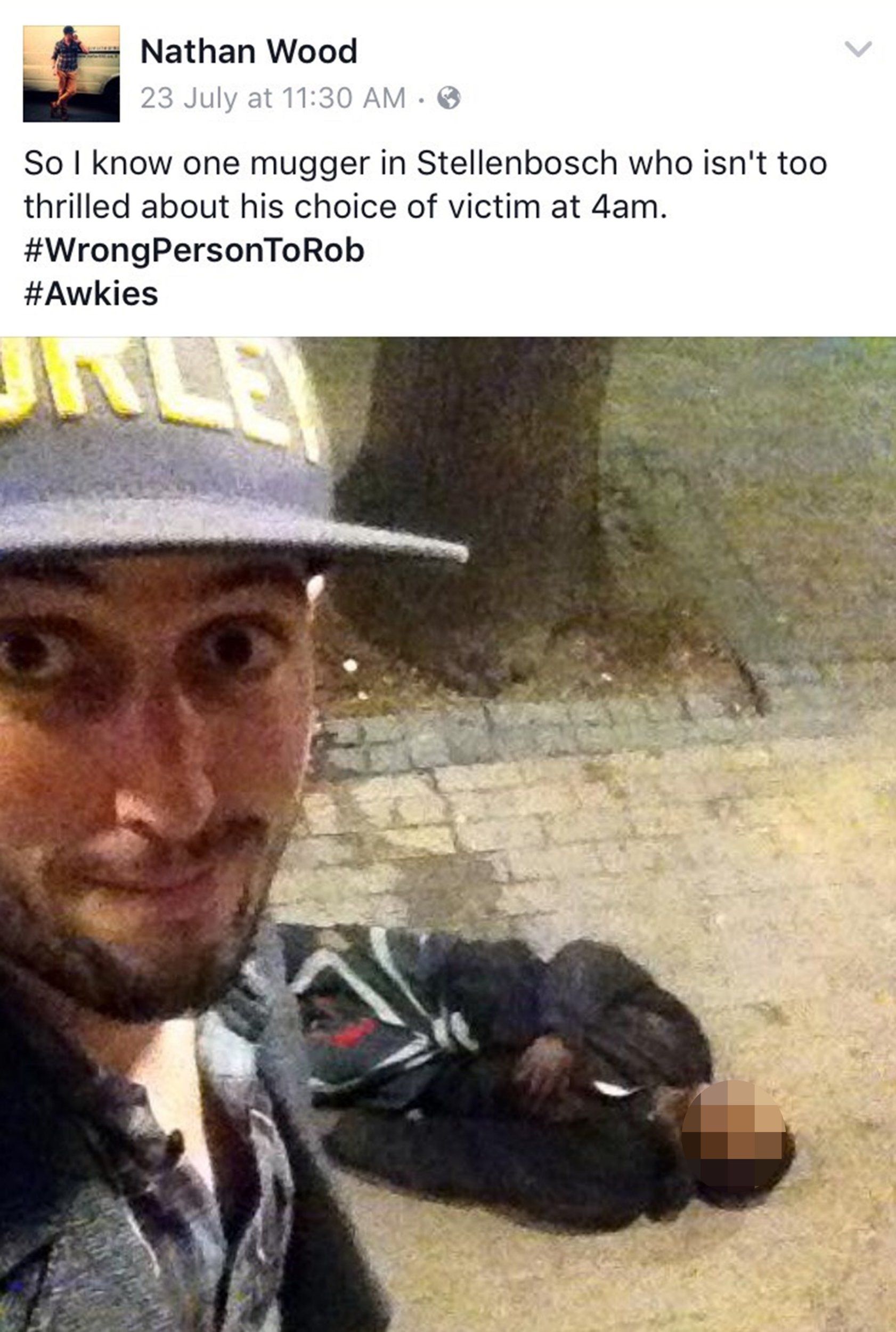 An accountant knocked out a would-be mugger and then took a selfie with the unconscious man.

Nathan Wood, 27, said he was outside a nightclub in Stellenbosch, South Africa, when two men started to follow him and a friend.

Mr Wood, from Cape Town, said the men followed him and his friend into an alleyway and then threatened them with a knife.

‘The main culprit tried to convince me it was in my best interest by brandishing a fairly large dagger and holding it to my throat,’ he said.

‘I then convinced the mugger that it was not in his best interest by knocking him unconscious with a well-timed punch. His friend then dashed off.

‘I dragged him out of the street, snapped a selfie, took off his jacket and put it under his head, placed him in the recovery position and alerted security.’

Mr Woods said he got a lot of backlash over the selfie at first, but soon he was flooded with messages of congratulation.

‘If I hadn’t knocked the guy out I believe I would have been either another crime statistic or another South African that ended up in a body-bag,’ he said.

Wife Bleeding To Death In Emergency C-Section. Dad Sobs In Hall. Suddenly, What He...