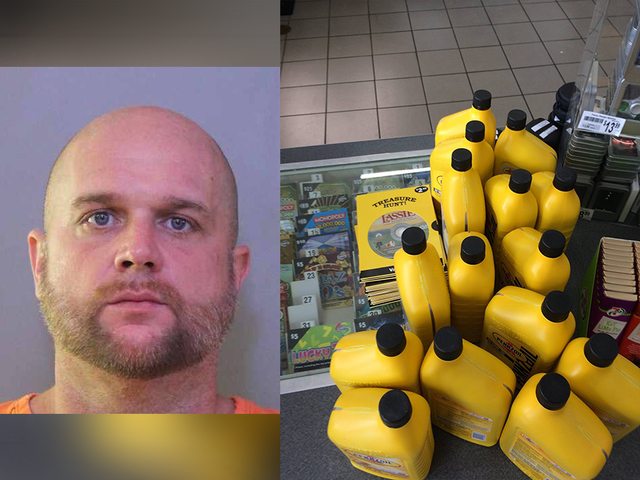 POLK COUNTY, Fla. – A man was arrested in Polk County after deputies say he tried to steal motor oil and DVDs from a gas station by putting them in his pants.

A Polk County Sheriff’s Office Detective was parked in an unmarked car outside the 7-Eleven on Duff Rd. in Lakeland, when he saw a man wearing baggy blue jeans walk into the store.

The man, William J. Hall, went down the first aisle and put 15 quart-sized bottles of Pennzoil in his pants.

Man arrested after hiding 15 bottle of motor oil and 30 DVDs in his pants pic.twitter.com/EhsjMRybN9

The detective says the man then proceeded to put several discounted DVDs down his pants as well.

The detective approached him and confronted him about the incident, and charged him with petit theft.

Dead body tied to cinder block washes up in Brooklyn