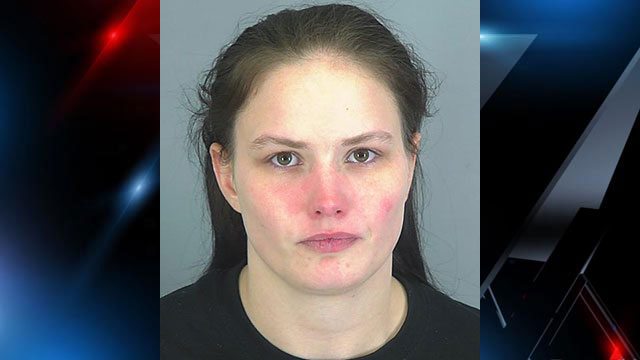 A South Carolina mother has been accused of killing her 17-month old daughter by feeding her a teaspoon of salt in a bid to win her ex-partner’s affection. Peyton Martines died on Wednesday (3 August) after being taken off life support having been declared brain dead.

Kimberly Martines, the child’s 23-year-old mother, has now been charged with homicide by child abuse.

Prosecutors say she fed her daughter the salt at her home in Fingerville to get attention from the baby’s father, with the couple having separated.

Solicitor Barry Barnette told 7 WDAM News: “She fed her child a teaspoon of salt, then had her follow through with a drink after that. She basically did that to try and get her husband’s attention – to get him back into her life.”

An incident report says Martines awoke to the sounds of her baby’s screams, and went over to the baby who she said was hot and appeared to be having seizures.

Peyton was taken to Spartanburg Medical Center on 31 July, with doctors saying she had suffered acute intoxication of salt. She died three days later.

It emerged the baby had previously been referred to a doctor, in November 2015, due to being underweight and underdeveloped. A paediatrician referred Martines to a specialist but she allegedly cancelled the appointment.

Martines appeared in court on Wednesday and is currently in jail awaiting a bond hearing.

Peyton’s extended family paid tribute to the baby in a statement provided to the press, saying: “Peyton was the most beautiful, happiest, loving baby ever. She never cried and was a silly baby making everyone laugh.

“You could not help but smile when you was around her. She was a little diva who loved her nails done and her favorite thing ever was Minnie Mouse … Her presence will always be with us.” 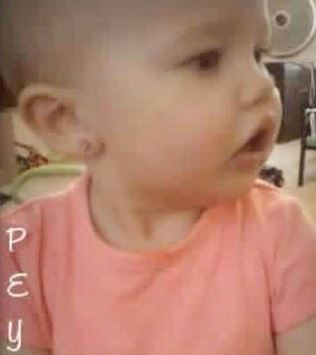 Martines’s sister, Tiffany Lazar, asked people not to jump to conclusions about the case, telling WYFF News 4: “She was a great mother. She would’ve never done anything to hurt her kids at all.

“There’s a lot more that went on than people understand. No one should judge her at all, and there’s nothing in this world that would make her hurt her babies.”

Peyton’s twin sister and her older sibling, who were unharmed, have both been removed from Martines’s care and placed into protective custody pending a family court hearing.

Salt poisoning leads to hypernatraemia, which is a high level of sodium in the blood. It causes cell shrinkage and fluid imbalances, which can lead to the swelling of the brain.