They went to jail thinking they’ll be doing time – instead they ended up giving it.

These inmates managed to save the life of their jailer after he fell unconscious in front of them.

The men had been behind a locked door in a small room and had been joking with the lone Parker County jailer when he slumped over unconscious.

Inmate Nick Kelton told WFAA: ‘He just fell over. Looked like an act. Could have died right there.’

Kelton and the other inmates immediately began shouting for help while attempting to break free from their holding room in Texas.

Despite it being dangerous, the group of eight men managed to burst out of the room and raise the alarm.

Kelton said: ‘We were worried they’re going to come with guns drawn on us.’ 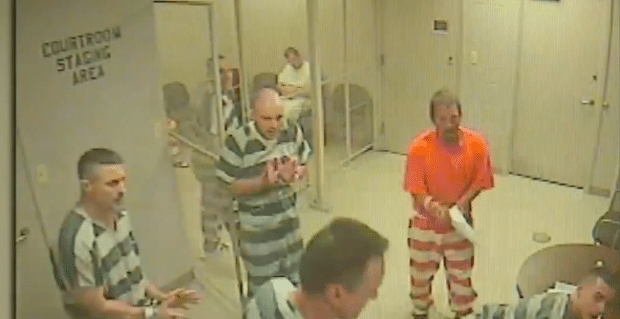 Eventually, court staff came running to the man’s rescue and started CPR while waiting for paramedics to arrive.

Parker County Sheriff’s Sgt. Ryan Speegle was the first to get downstairs and said he didn’t know what to expect.

Speegle said: ‘He had keys. Had a gun. It could have been an extremely bad situation.’ 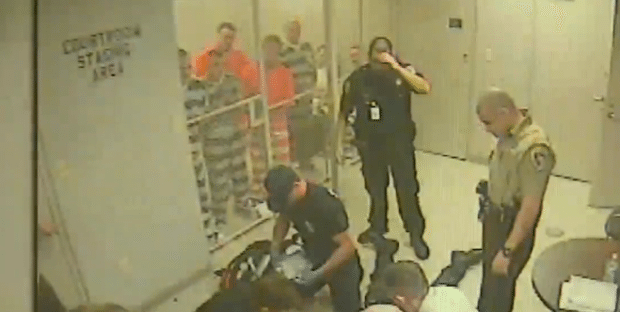 Inmate Floyd Smith, who is in jail for assault on a public servant, said: ‘They thought it was a fight. They thought we were taking over.’

Officials declined to identify the guard, who works for a private contractor, but said he is expected to return to work next week.

Woman swallowed life savings to keep it from cheating husband

Girlfriend attacks her cheating partner and his mistress after running into them at a...

Kangaroo Gets Punched in the Face by Hunter After Holding His Dog in a...