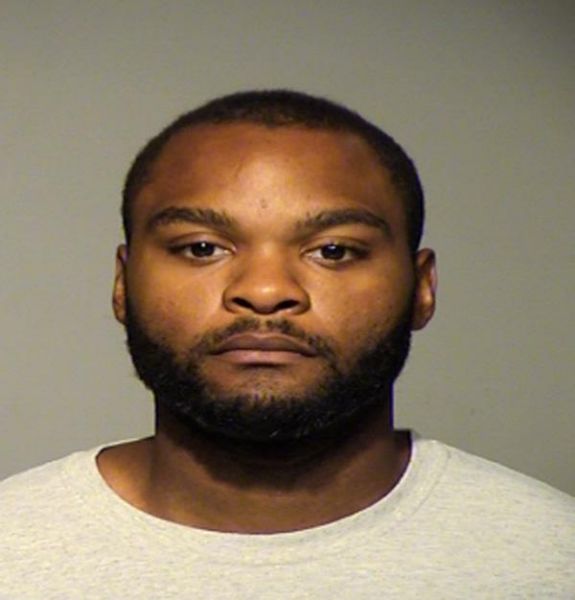 Robert Amstadt witnessed “the most evil thing I’ve seen” from his apartment window Saturday when a young father holding his crying infant son walked into a pond and sat down so the water was up to his chest and the baby could not be seen.

“That baby cried all the way out into the water,” Amstadt said. “Then the crying stopped.” The 25-year-old suspect “didn’t try to hold the baby up” out of the water, he said. Another man had followed him into the pond.

“He was pleading, ‘Let the baby go, give me the baby,'” Amstadt said, describing the second man’s attempt to save the infant.

Amstadt, a resident of the Glenbrook Apartments in the 7400 block of W. Glenbrook Road, said he was talking to a police dispatcher around 8:45 p.m. Saturday when the suspect jogged away from a crowd of relatives and other people and went into the water.

The suspect, a Milwaukee man, is in custody on a pending homicide charge, accused of drowning his 3-month-old son in the northwest side storm-water pond after an argument with the child’s mother, Milwaukee police said Sunday.

The Milwaukee Journal Sentinel is not identifying the suspect because he has not yet been criminally charged.

A man with the same name and date of birth had been the subject of a domestic violence restraining order petition filed in Milwaukee County Circuit Court in April 2015. But the suspect was not properly served, and the court denied the restraining order and dismissed the case.

It was not clear Sunday whether the petitioner who sought the restraining order was the mother.

According to police, the child’s parents were arguing Saturday when the father grabbed the infant, went to the pond and walked in.

A witness followed the man but was unable to retrieve the child, police said.

“I yelled at him ‘where’s the baby? Where’s the baby?’ a man identified as Joey Griffin told Fox6 News. “And then I saw a baby floating in the water. I grabbed it. I tried to swim away with it. He lunged at me and took the baby again and swam farther, deeper,” the witness said.

Officers ran into the pond in an effort to rescue the boy, but the father was no longer holding him. Police arrested the suspect and began searching for the child, who was found unconscious within minutes, the department said in a statement.

Milwaukee firefighters tried unsuccessfully to revive the child. He died at the scene.

Amstadt had heard a loud argument outside an adjacent apartment building, but trees blocked his view, he said in an interview.

A woman screamed, “Give me back my baby,” Amstadt said. Then he saw the suspect holding the infant walking along an asphalt path between the pond and the apartment building.

A crowd was following him. “It was a hornet’s nest of people moving around … crying and screaming,” Amstadt said.

Another man tried to take the infant away from the suspect, he said. The suspect yanked the baby’s arm out of the other man’s grasp, and the infant started crying. That is when Amstadt called 911.

The suspect jogged toward the pond and stopped, Amstadt said. “People yelled, ‘Don’t go in the water.'”

Then Amstadt told the dispatcher: “He just walked into the water with the baby,” he said.

The other man followed them. After the suspect sat down in the water, “the other guy was able to get the baby from him,” Amstadt said. “But he snatched it back.”

On Sunday, Amstadt returned to the pond shore withballoons, stuffed animals and an angel figurine and started a memorial. He tied a few stuffed animals to a maple tree with ribbons and a string. Other residents added to the memorial, while others started a separate one, with a teddy bear and candles.

Amstadt said he prayed for the family. “I can’t imagine what they’re going through.”

Annysa Johnson of the Journal Sentinel contributed to this report

Burger King has opened a spa – now you can eat your Whopper in...