Coachella season is upon us. Since this year’s lineup features Radiohead, Beyoncé, Kendrick Lamar, and Lorde’s first performance since November 2014, tickets will certainly be hard to come by — especially if you’re looking for a VIP pass. However, if you’re a female between the ages of 19 and 25, and willing to acquiesce to certain — frankly, gross — demands, there’s a chance you can score a free pass for Weekend 2.

A recently divorced 56-year-old former Supervising Manager at Soup Plantation named Gordon has placed a Craigslist ad offering a “once in a lifetime opportunity” for a “travel ‘companion’” to accompany him to the music festival in his RV, which doesn’t sound totally creepy or anything.

If the demands weren’t suspect enough already, “Gordie” asks that his companion be “open-minded and opportunistic”, avoid “excessive fraternizing with other male festival-goers”, and tell him “you didn’t know how this would go, but you’re actually having a really good time.”

Then he gets into hand and feet fetishes, and I really had to stop reading. I can’t bear the idea of someone wanting to go to Coachella badly enough to willingly accompany a possible serial killer and rapist. 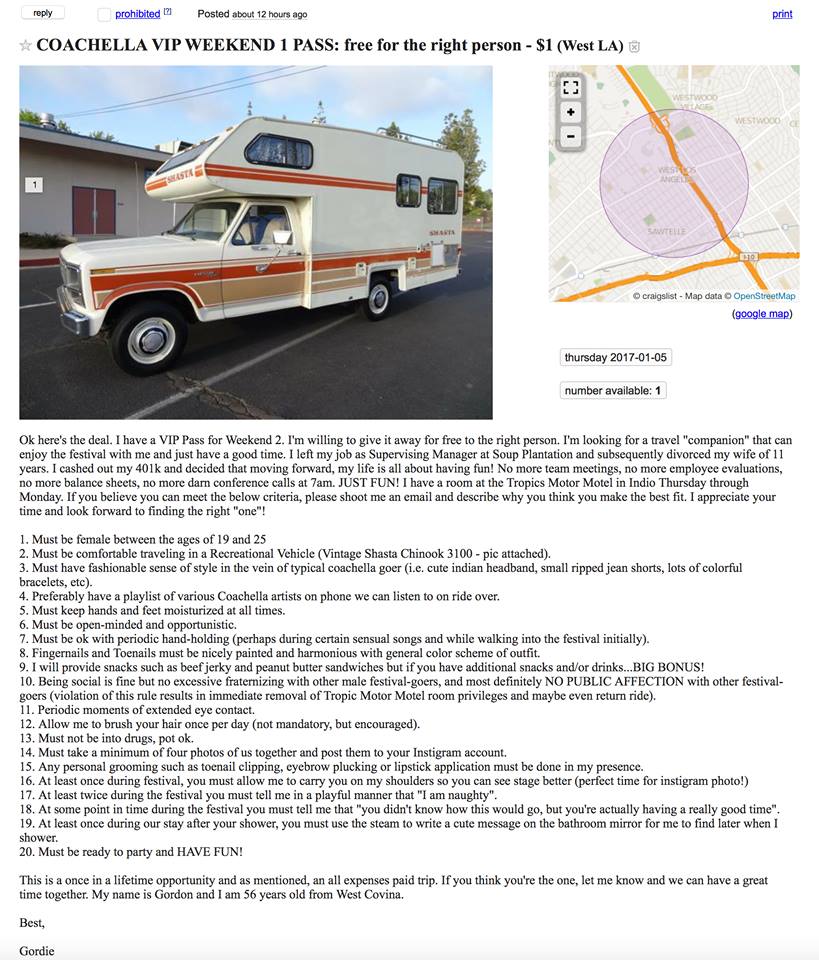