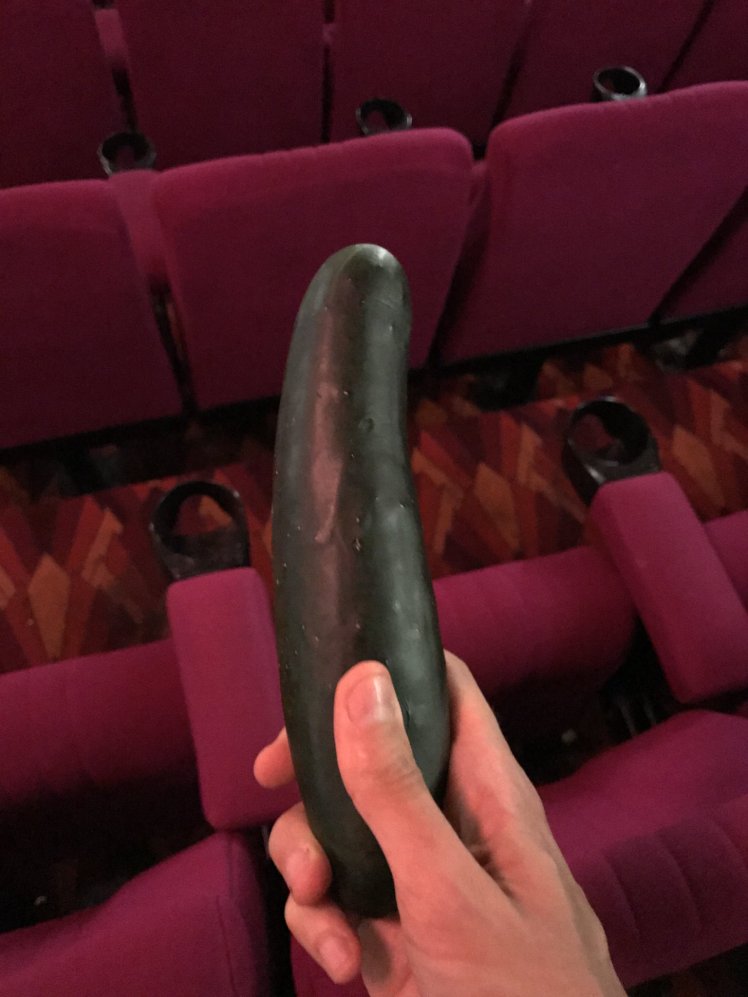 Popcorn, empty cups and the wrapping from your 3D glasses: All items you would expect to find on the floor after a film.
But what about a cucumber?

He posted a picture of the gourd on Twitter saying: ‘That awkward moment when you find a cucumber in the cinema after a Fifty Shades session.’

They claim it was discovered at the Hayden Orpheum Cinema, a retro cinema in Mosman, Sydney.
One person questioned why they were picking it up without gloves.

Another person said it was good that people were eating healthily during the film.
Others wonder if it is true, or if it is just a PR stunt.

That awkward moment when you find a cucumber in the cinema after a Fifty Shades session…???? pic.twitter.com/FafcJX5gFB

Student gets suspended after liking picture of a gun on Instagram