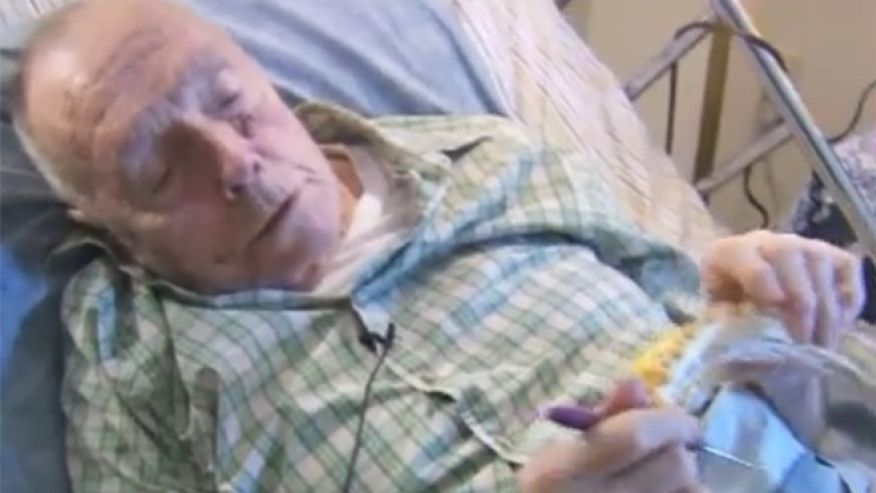 GRANDVILLE, Mich. –  A 91-year-old man in hospice care in Michigan isn’t letting his failing health stop him from knitting winter caps for the homeless.

Moorie Boogart has been knitting the caps for more than 15 years. The Grandville man tells WXMI-TV he stopped counting after making 8,000 of them.

He’s slowing down a bit now, saying it takes him about two days to make a hat. He calls learning to knit one of the best things that has ever happened to him and adds that the only time he’s not knitting is when he’s sleeping. He says, “It just makes me feel good.”

Boogart’s latest batch of hats is set to be delivered in October.

‘Stupidity at its finest’ draws warning from cops