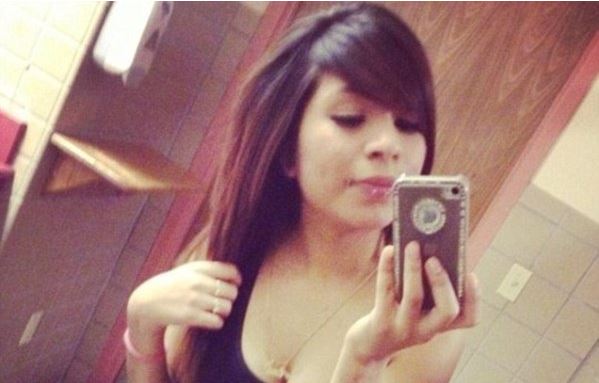 Anna Areola-Hernandez, is a certified accused child molester. Police reports charge her with having sex with a 13-year-old boy through a fake social media profile that listed her as 15-years-old.

Authorities were tipped off by the victims mother when she discovered the 15-year-old girlfriend was actually 23.

Reports allege that Hernandez readily admitted to police her fetish for young boys. She allegedly stated that she preferred boys over men her own age.

To make matters worse the mother of the young boy alleges Hernandez gave her son a sexually transmitted disease. Reports also indicate Hernandez claims to be pregnant by the boy.

Hernandez was jailed in Glendale, Arizona. Parents in the Glendale area are advised to check all of their children’s social media accounts for any connections to Anna Areola-Hernandez.

She has been charged with sexual conduct with a minor, child molestation, unlawful age misrepresentation, and an adult posing as a minor for a sexual conduct.

Areola-Hernandez is being held without bail because police said she does not have many family ties in Arizona and she already has arrangements to travel to Mexico where her mother lives.

Parents use Pinterest to make their daughter a wheelchair for $100

Arsonist Accidentally Setting Himself on Fire