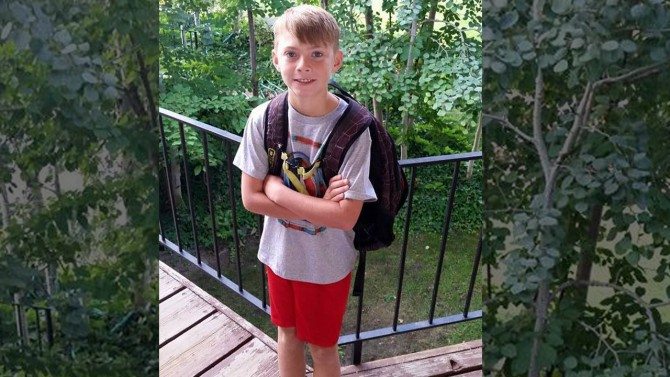 A 10-year-old boy who went missing in the Utah wilderness after going on a mushroom hunt on Sunday has been found alive.

Malachi Bradley was located in the rugged terrain of Ashley National Forest in Utah on Monday afternoon, 30 hours after he had last been seen.

He explained that he had hidden among rocks to protect himself from the elements overnight.

“There’s just a ton of giant rocks, so I hid between four of them so the wind wouldn’t hit me too much,” he told reporters on Monday afternoon.

He was pictured with friends and family on a Facebook page that was set up to find him.

His family had hiked to Paul Lake in Ashley National Forest on Sunday when he walked away from the group around 10.30am. He had gone to look for mushrooms to cook with a fish he had caught.

When he failed to return after 30 minutes, his dad started to worry and hiked back to their car. He drove to a place he could get cellphone signal and alerted 911.

After he went missing, Uintah County Sheriff Vance Norton said that the boy’s dad had told his son what to do if he got lost. He has a backpack and a coat with him.

“We’re hoping he had something in the pack that could help him through the night,” Norton said.

Woman Who Had Viral Blow Up in The Restaurant Gets Exposed as a Cam...

They Rescued Two Puppies From The Street. What They Do Seconds Later? Tears.

Enjoy a priest, rabbi and atheist smoking weed together